​ I like to shop, so part of the temple tour and pilgrimage of Mumbai will be shopping and exploring unique arts , fabrics and crafts of India.

While returning from abroad, an English friend asked Swamiji:

What would his motherland look like to him after spending four years in the luxury of the Western.

India is my holy land; my pilgrimage
Swami Vivekananda, my India is immortal India

​A complete experience of the delight that is India in a way that is digestible and fun because we believe in enjoying all that life has to offer.

​We will explore Modern India and the Ancient side by side, explore Indian Cinema, Shopping, Temples, Mandir's, Sacred Sites
​
Modern and Ancient India 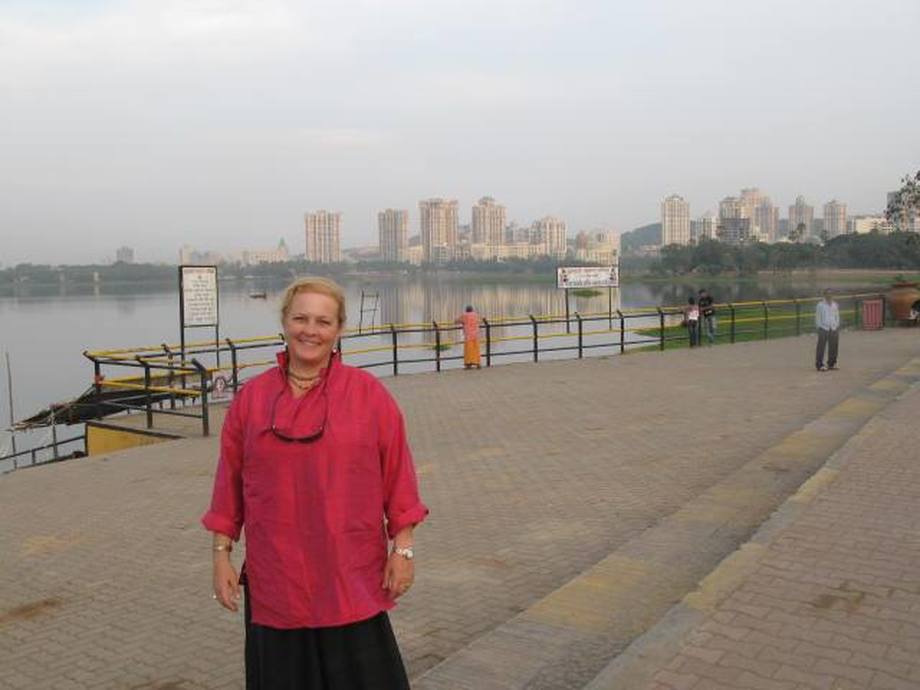 What is a Yatra:

​Energy spots, power spots (Shakti Peeth's) places of  God's and Goddess's, Mandir's, Temples and Sacred sites where people have been praying and giving their devotion for thousands of years.

Yatra is considered a spiritual Yogic practice (Sadhana). It is a way of burning past karma's and awakening your own power. Yatra is a journey to your soul (atma) a journey of the heart.

Transformation through Yatra including all practices related all Yoga's, yes you can find bliss also, there will be plenty of laughter, fun and joyful colourful celebration.

Ayurvedic treatments for those who would be inclined and Indian Cinema for those inclined, it is all part of a wide Indian Cultural experience.

As Above, so Below! 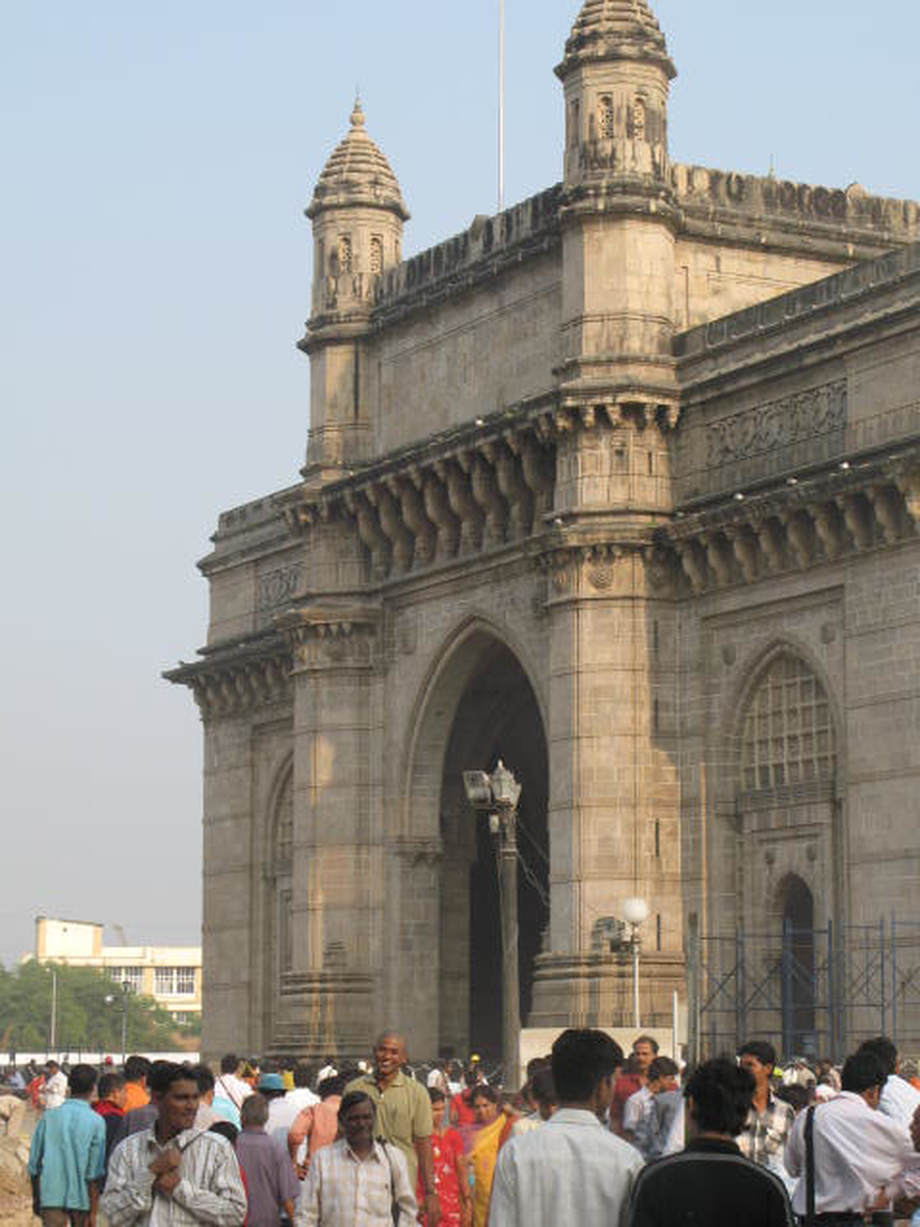 You will journey with Babu Kishan Indian Philosopher, Mystic Scholar Poet, Master Indian Musician and storyteller. Babukishan is Sanskrit Scholar both in the Oral Tradition and Classical Scholarly from an ancient Guru Shisya Parampara Tradition of  Bhakti Yogi, Yoga, Baul Tantra, Vedanta, from the soul and soil of India.

Babu is a Master of these Traditions from inside the tradition, he has been there done that traveling the depth of India hundreds of times all his life. He has lived it and has guided many throughout India over the past 40 years. His love of India will be evident.

Babu Kishan has been a cultural representative of India for more than 40 years through the Government of India, Sangeet Natak Academi "Indian National Academy of Music Dance and Drama" and ICCR "Indian Council of Cultural Relations".

Babu has been traveling India from the top to the bottom and everywhere in between since birth first with his grandfather 'Nabani Das Khyeppa Baul' and then with his Father 'Purna Das Baul' hundreds of times preforming all over India and the world. He has traveled India with his Uncle a Calcutta Supreme Court Judge and Jyotishi, with SitaRam Das Omkarnath & others.

Babu has traveled to America for 30 years and has lived in Canada for almost 10 years, he understands the Western mind  and of course he is married to me a Westerner born in Canada. He has been to Kumbha Mela's, Shakti Peeth's, temples, and all place of worship all his life more than 50 years worth and has known, associated with, composed music for many of the Guru's of India.

'Travel with Trishula' is my project (Trishula Production) I am lucky and it is a rare opportunity to have a rare soul such as Babu kishan to assist me with my Yatra Project, we will be traveling back and forth to India for personal reasons for Film and Music Projects,  therefore, this is great way to share our India with you which will be a rare look into the inner circles, mystical magical and more importantly safe. We will visit unique  places that one would not see from a regular tour of India.

​Groups will be small and  personal. 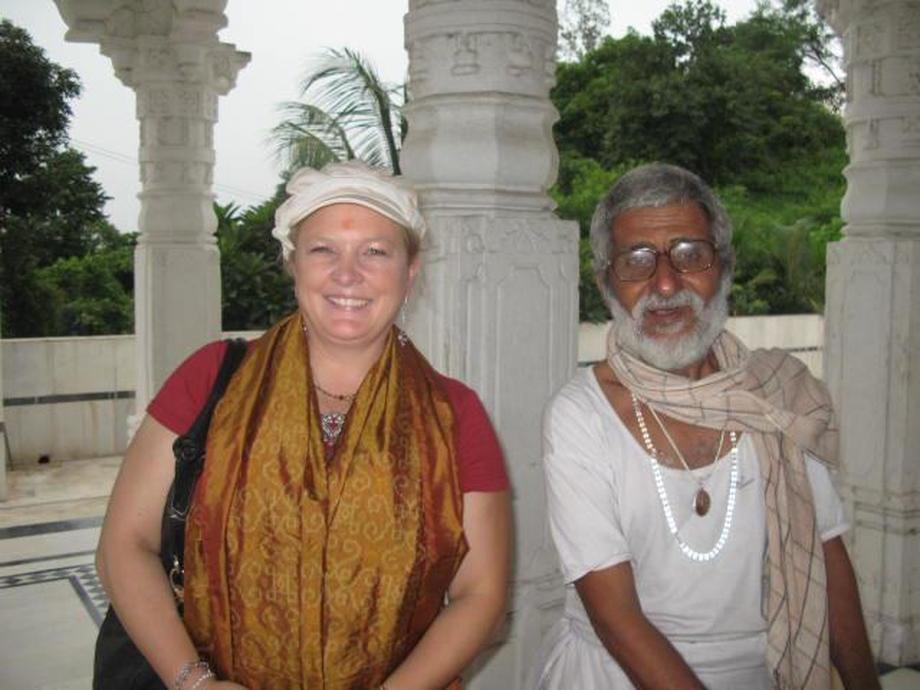 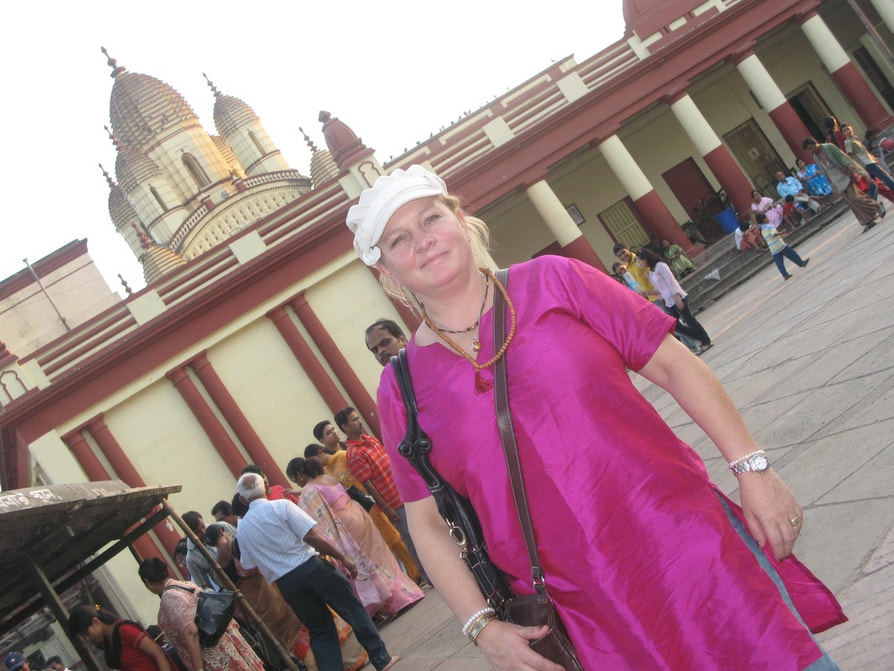 ​Inside the Bauls of Birbhum, Shakti Peeth's in Bengal, Tarapith, Rare Kali Shakti places of power, Shantiniketan, Bengali Cultural Shakti Yatra and depending on interest Kamakya in Assam. 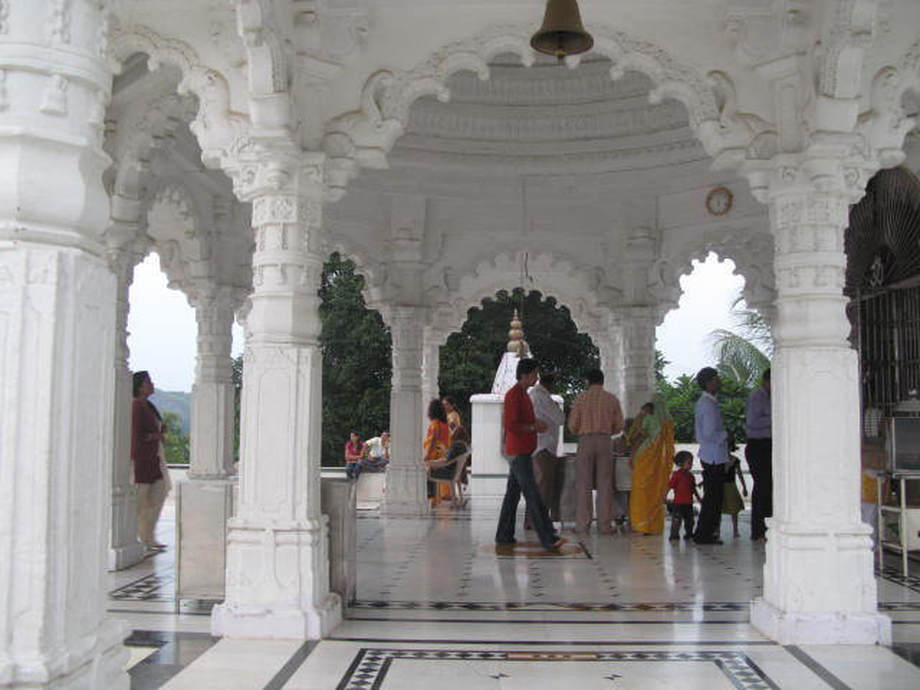 I believe one should educate oneself as much as possible when traveling to India, although India has a mind of its own, it is best to be prepared.
World Nomads - Insiders Guide to India 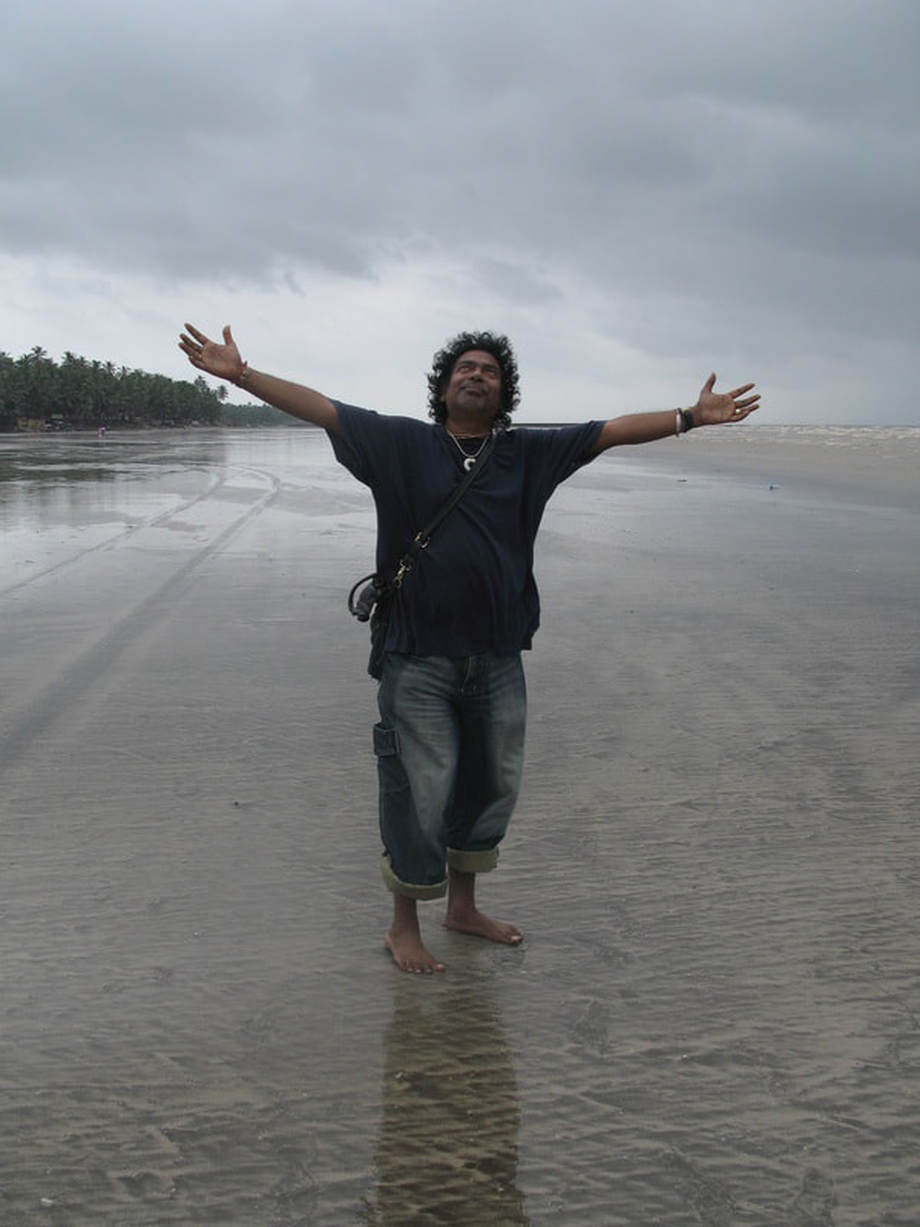 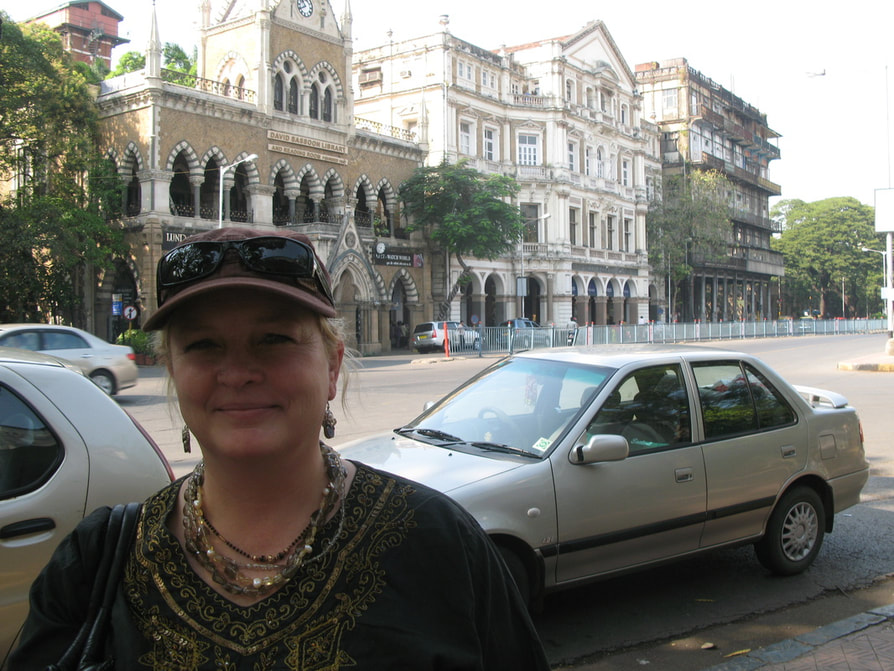 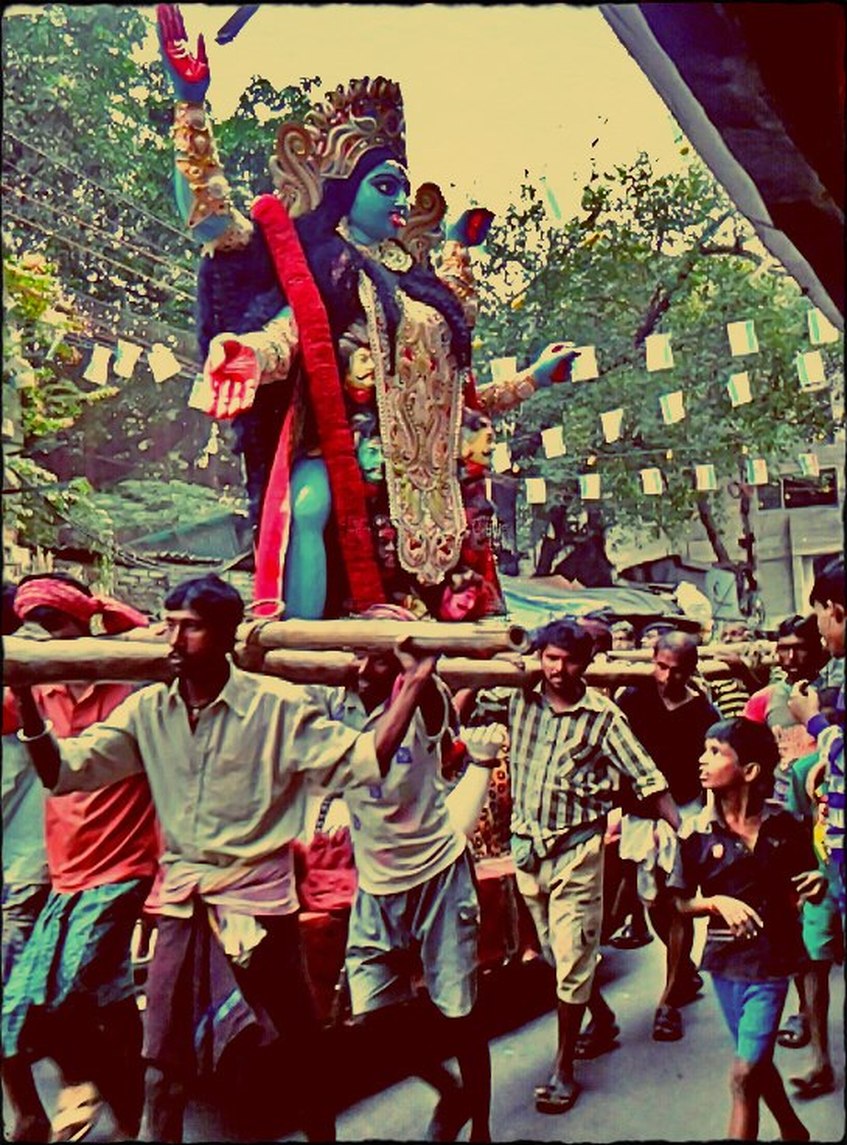 Kali Puja in Calcutta. Kali is the queen of W Bengal !!

Taylor was the author of:

1. ‘Considerations on the Practicability and Advantages of a more speedy Communication between Great Britain and her Possessions in India,’ London, 1795, 4to. This work, which was chiefly based on Colonel James Capper's ‘Observations on the Passage to India’ (1783), advocated an overland route for letters through Egypt.

2. ‘Observations on the Mode proposed by the New Arrangement for the Distribution of the Off-reckoning Fund of the several Presidencies in India,’ 1796, 4to.

3. ‘Travels from England to India by the way of the Tyrol, Venice, Scandaroon, Aleppo, and over the Great Desert to Bussora,’ London, 1799, 8vo.

This writer must not be confused with John Taylor (d. 1821), member of the Asiatic Society of Bombay and of the Literary Society of Bombay, who was born in Edinburgh and obtained the degree of M.D. from the university in 1804. He entered the Bombay service, was appointed assistant-surgeon on 26 March 1809, and was promoted to the rank of surgeon in 1821. He was the author of several translations from the Sanscrit. 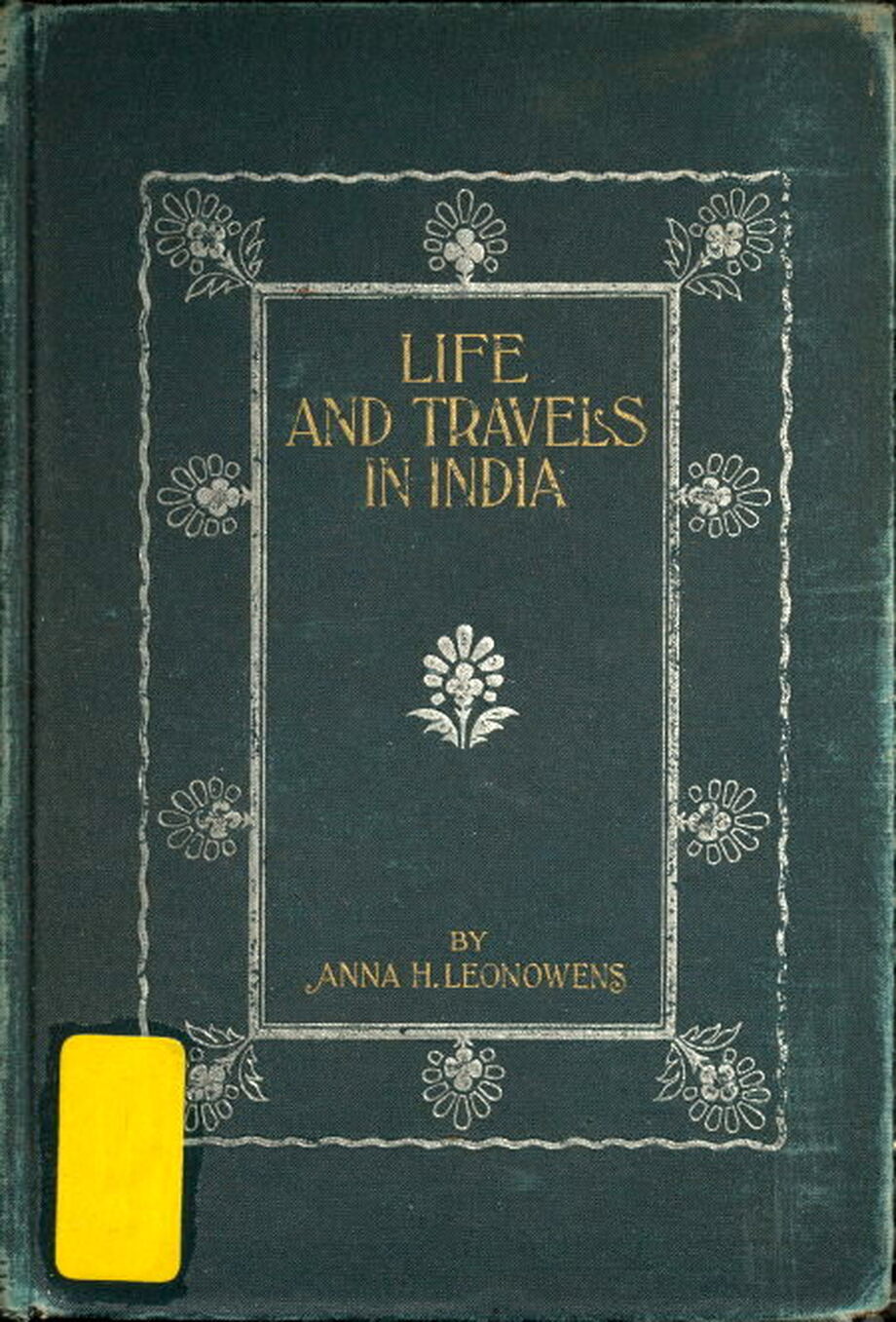 Published by Porter and Coates , Philadelphia - 1884

Book Preface
In the following pages, gathered from voluminous notes of early travel, I have tried to give a faithful account of life in India, as well as of the sights and scenes visited by me, with my husband, before the days of railroad travel.

It is well known that the introduction of the railroad into India has in no sense affected the life of the people, and has only very slightly modified the general appearance of the country. India is still what it was in the Vedic period, a land of peasant classes ; she still invokes, as did the ancient Aryans in the Rig Veda, the “ Khetra-pati,” or the divinity of the soil, for blessings on the land. The Hindoo to-day lives, as did his forefathers, close to the heart of Nature, deifying the mountains, streams, woods, and lakes, while the sun, moon, stars, fire, water, earth, air, sky, and corn are his highest deities.

The most beautiful personification in the Ram ay an a of womanly grace and virtue is called Sita, “a furrow,” showing how deep was the national reverence paid to the plough ; and to this day at the Rathsaptimi, the day on which the new sun is supposed to mount his heavenly chariot, a feast is observed in honor of the sun, and the ryots on this occasion decorate with flowers and paint their ploughs, and worship them as the saviors of the land.


I do not, however, mean to say that India has made no progress whatever in all these years — her imaginative and glorious youth has no doubt been succeeded by the calm reason of mature age — but this transition has been gradual and progressive rather than fitful and sudden.

The transfer of India by the East India Company to the British Crown, and the recent laws for the protection of the ryot — or more properly the raiyat , a leaser of land held in perpetuity — against the oppressions of the zemindars, or governmental landlords, with the right of underletting the land, have to an extraordinary degree awakened the inborn desire of the Hindoo to become possessor of the soil and to return to his hereditary occupation of agriculture.

To these may be added the security which England has conferred upon India, now that she is no longer disturbed by frequent wars, which desolated the land, and every now and then forced the people to abandon their villages and fly to the jungles and mountains for safety, under the Afghans, Mohguls, Mahrattas, and other predatory chiefs.

Among the lasting benefits to India it may be mentioned that sutteeism, infanticide, self-immolation to the idols, Thuggism, and slavery have all been partially, if not quite, abolished by the strong arm of the law.

Railroads have been built, the country has been opened, schools established, civil service appointments thrown open to the natives and Europeans alike, good roads made, canals and huge reservoirs for water excavated, ancient water-courses reopened, giving an impetus to private enterprise and industry in every direction.

All these happy changes have been the result of the more liberal policy of England toward India since the days of the terrible mutiny of 1857 ; and it may fairly be hoped that British India has before her as glorious a future as her brilliant youth and maturity have foreshadowed for her. 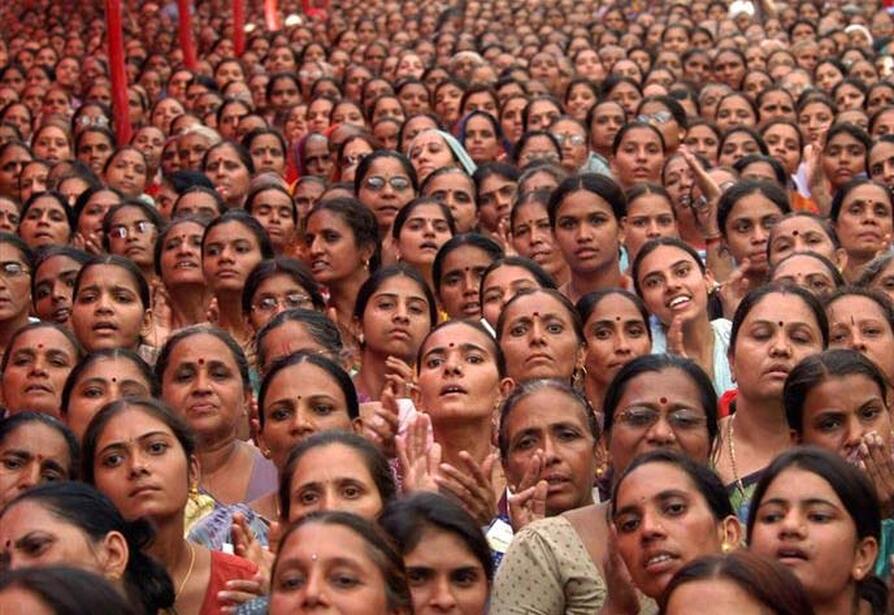 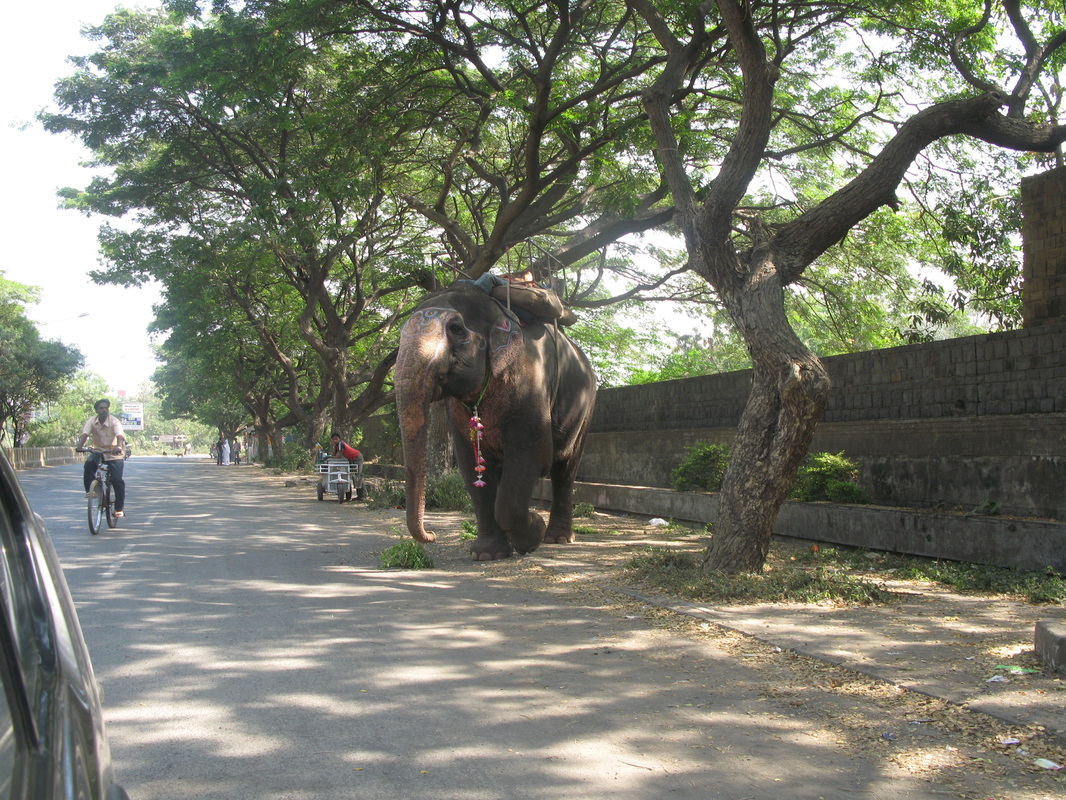 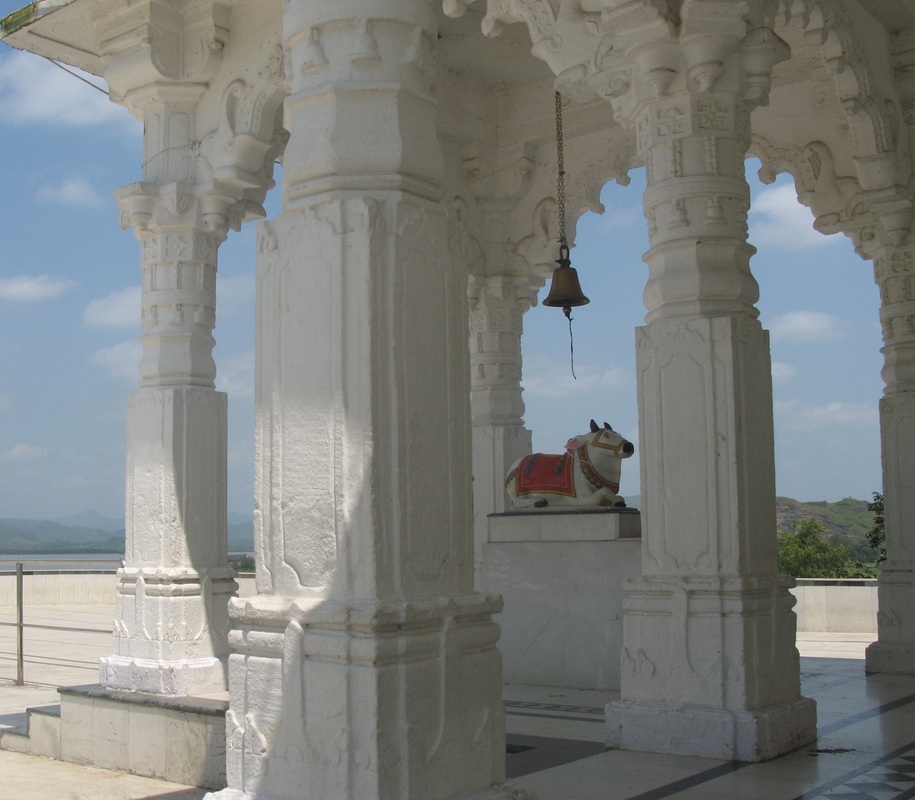 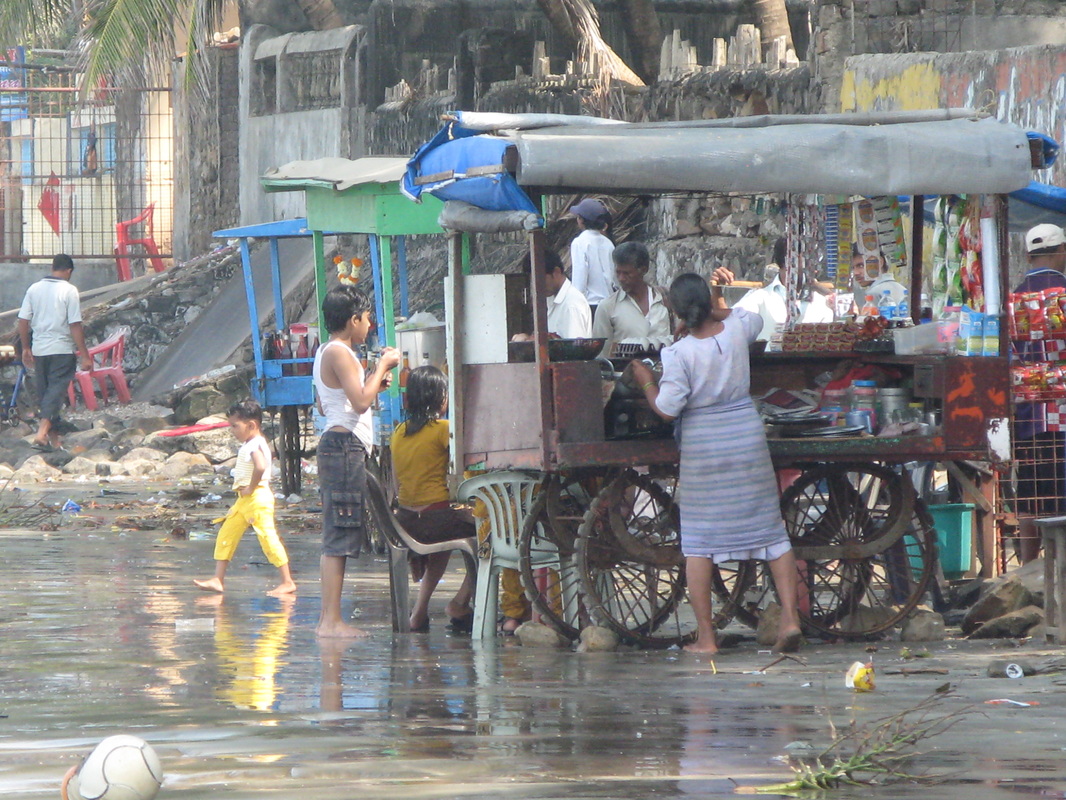 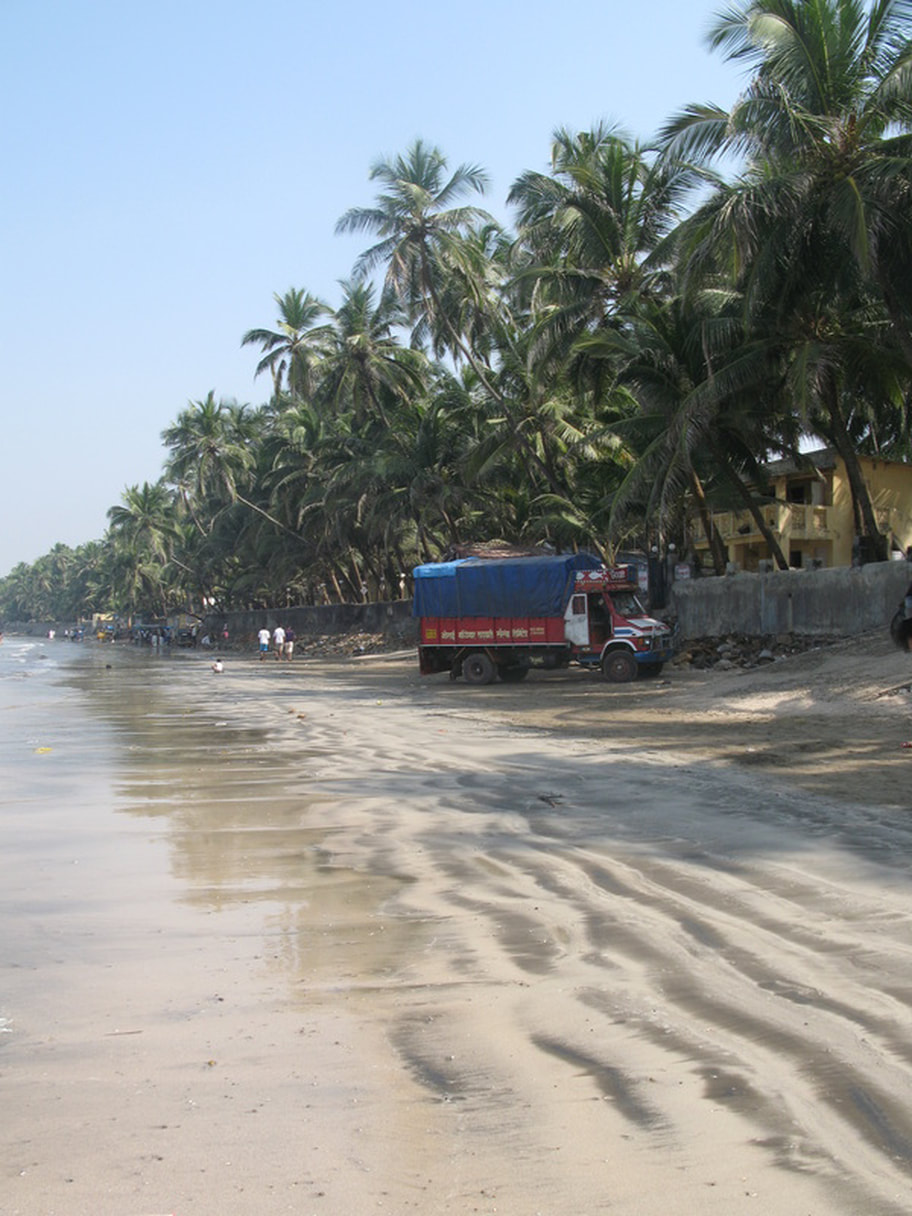 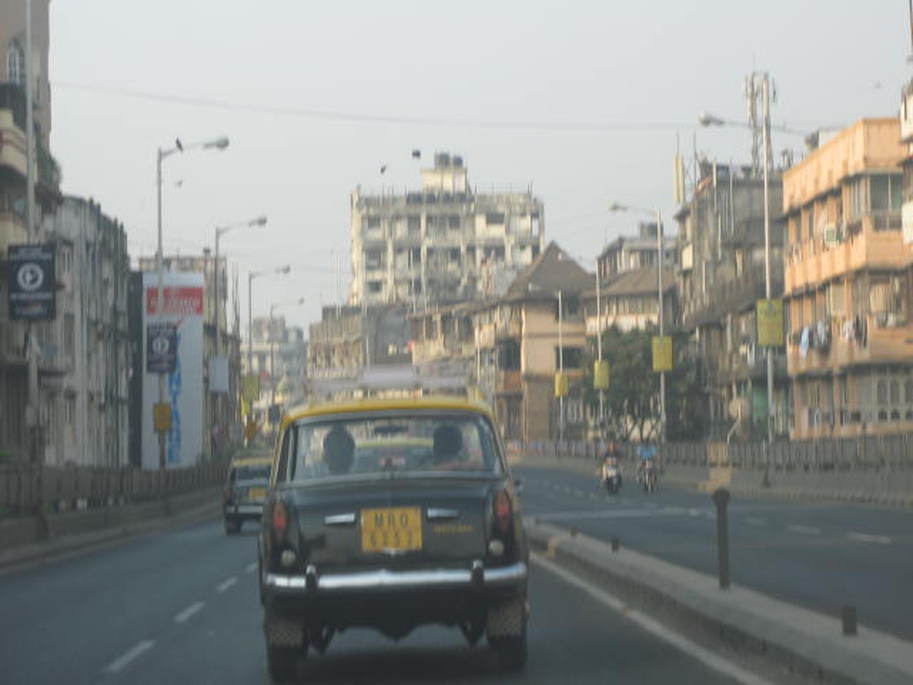 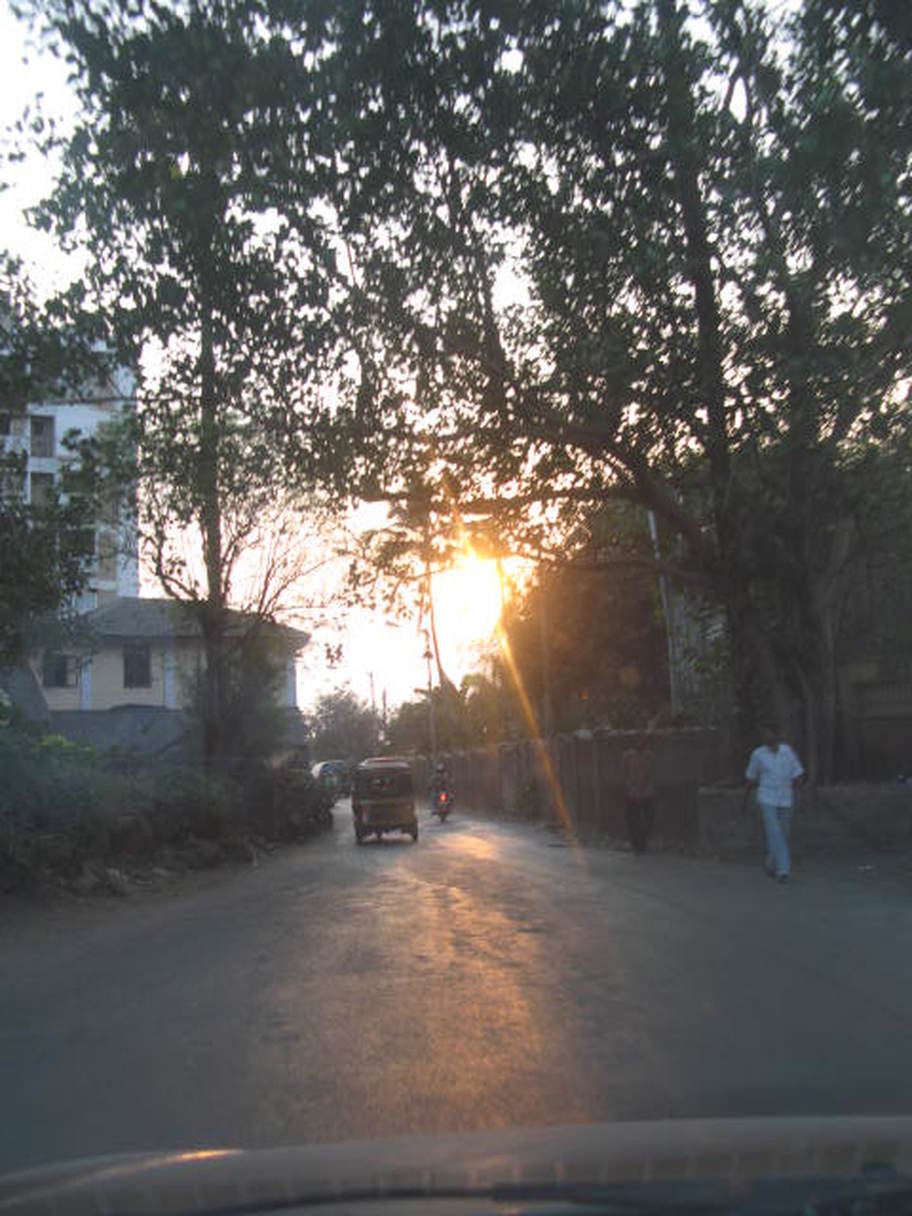 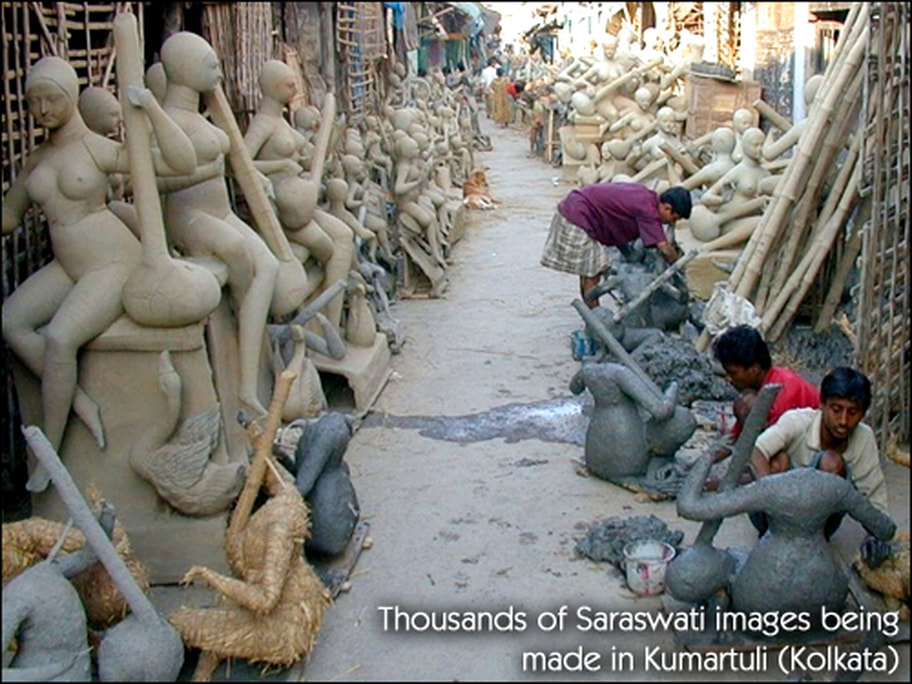 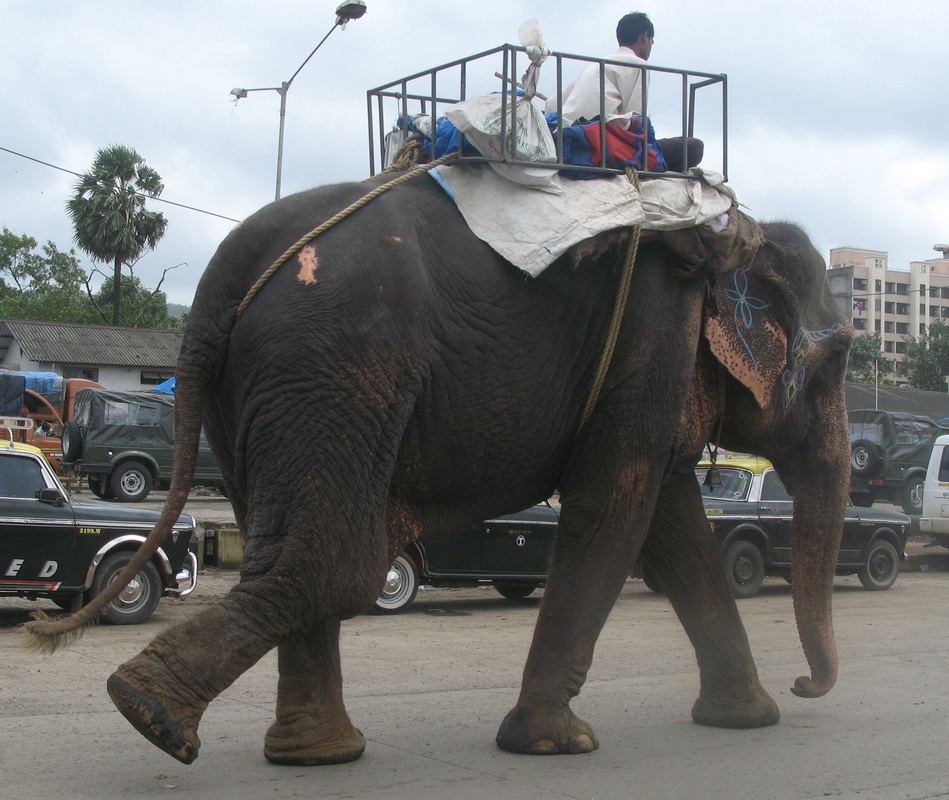 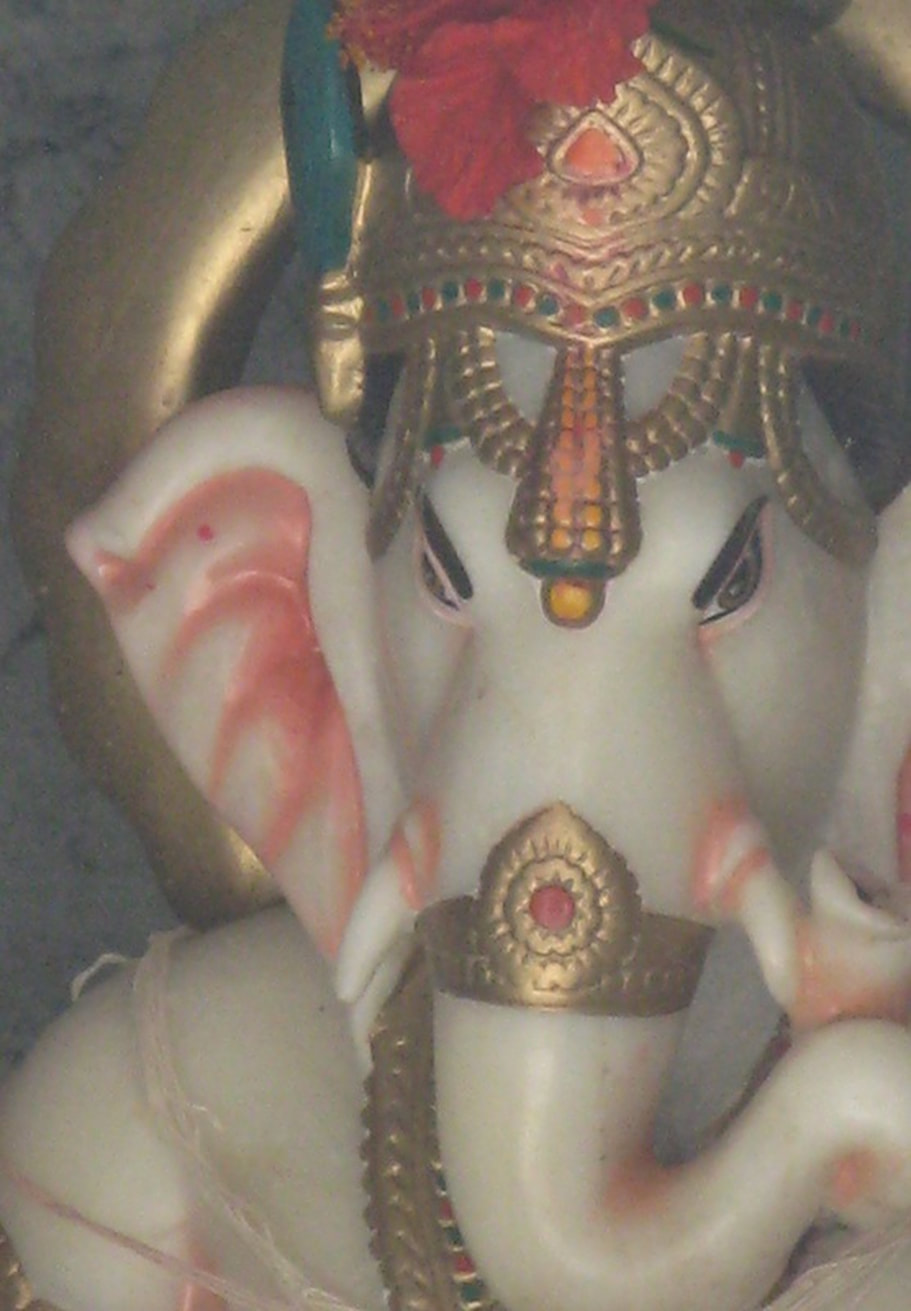 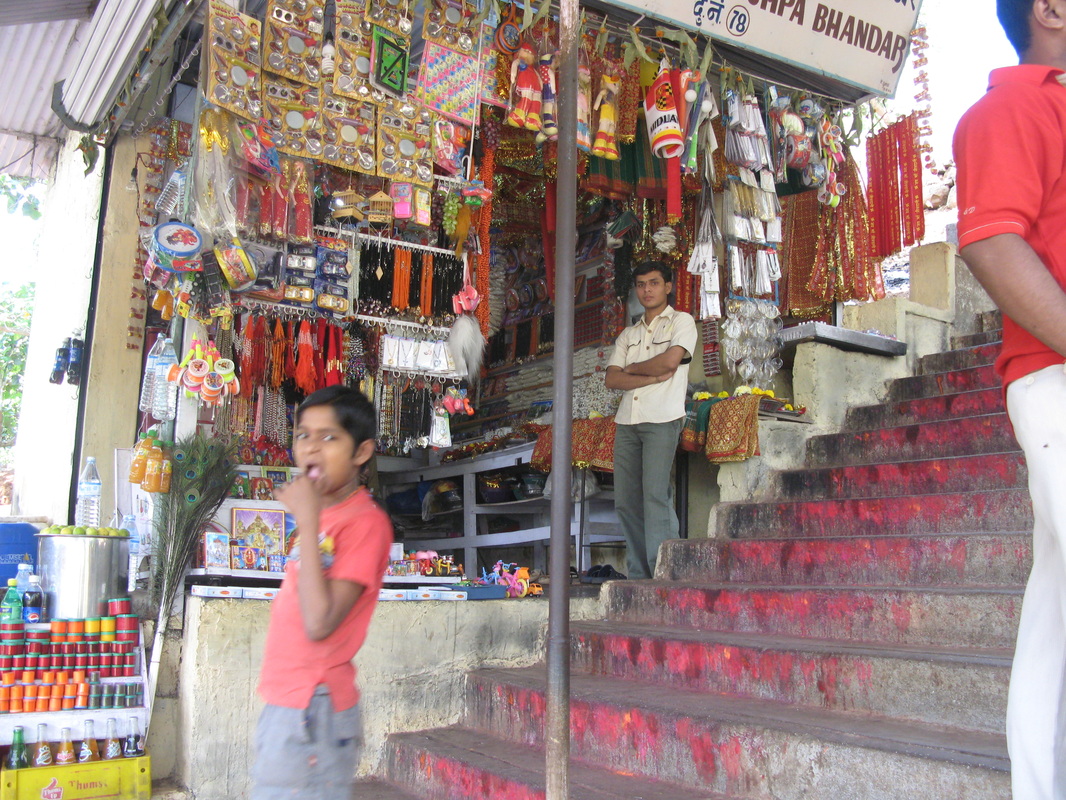 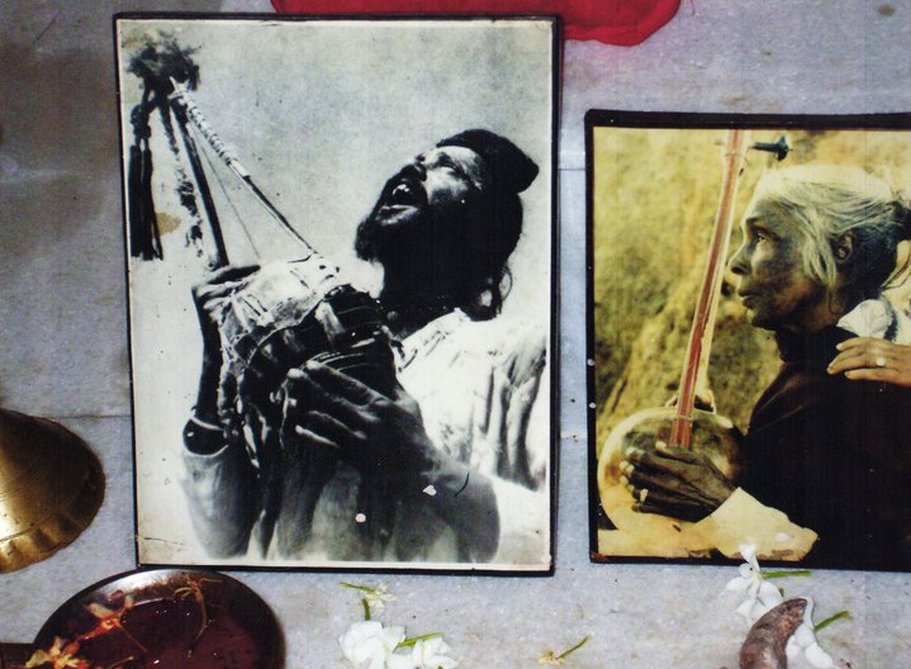 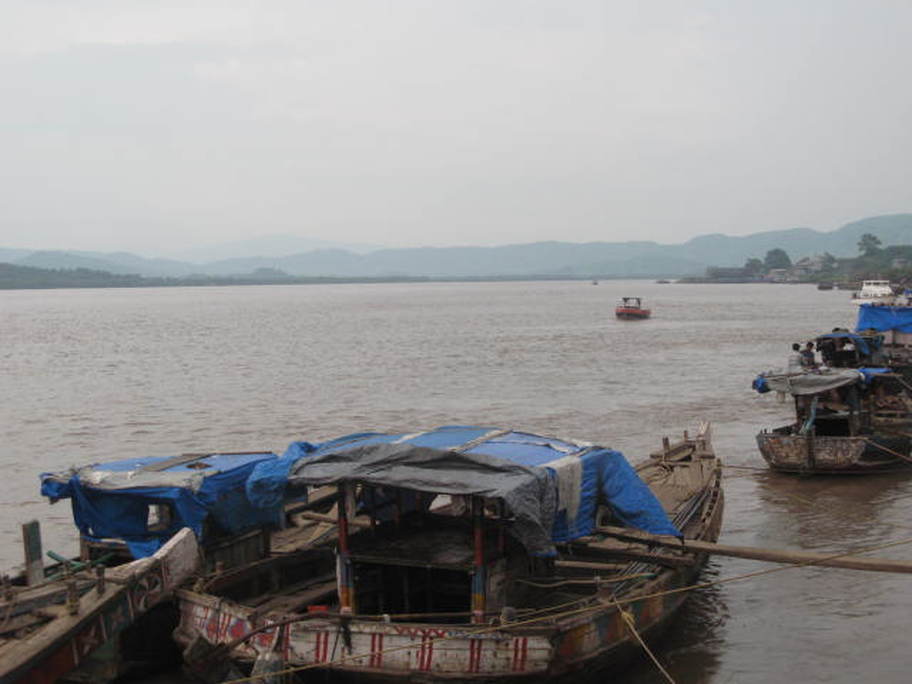 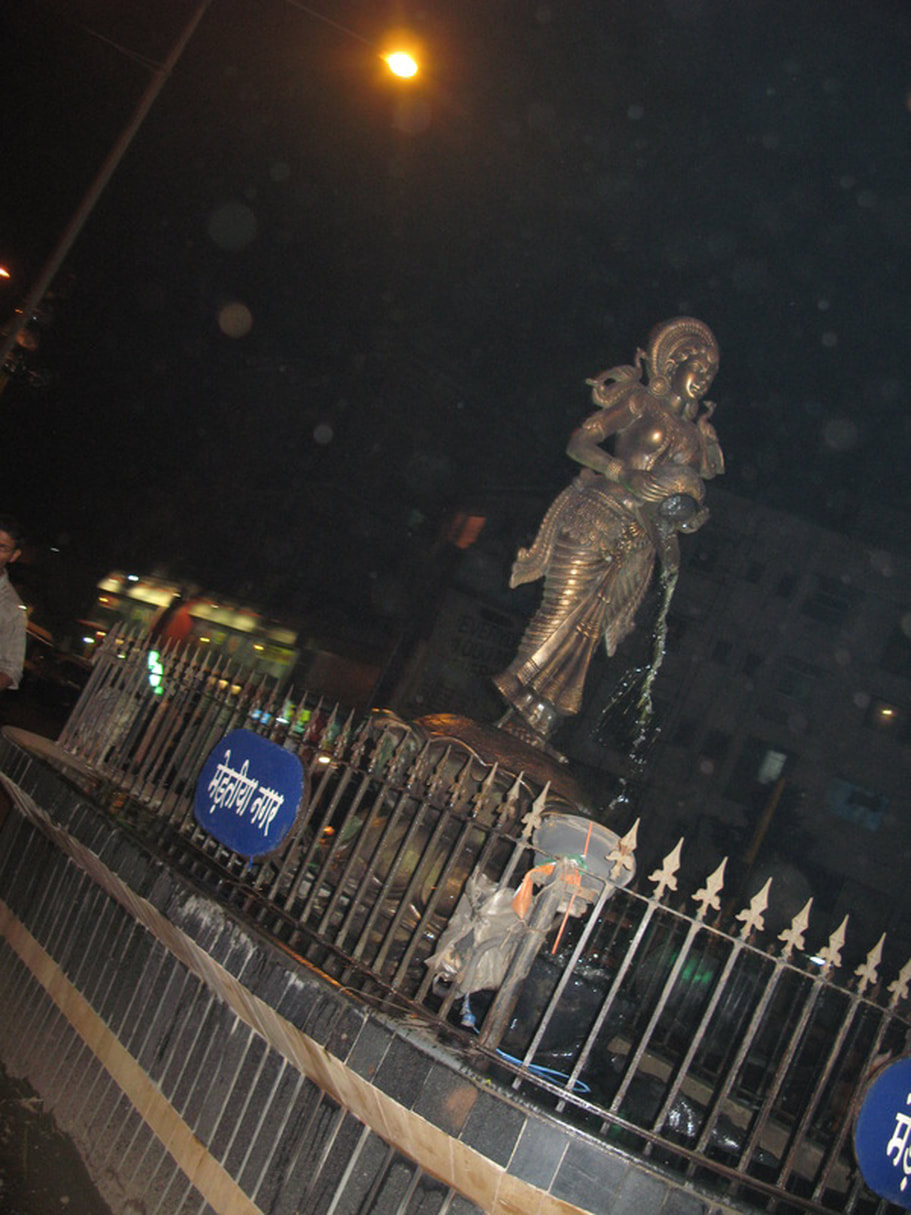 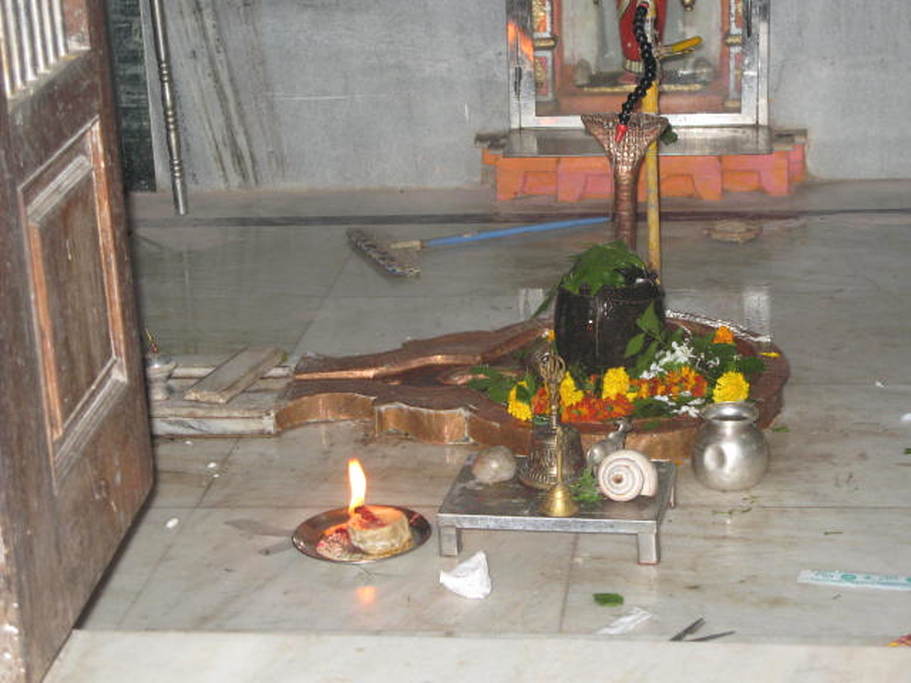 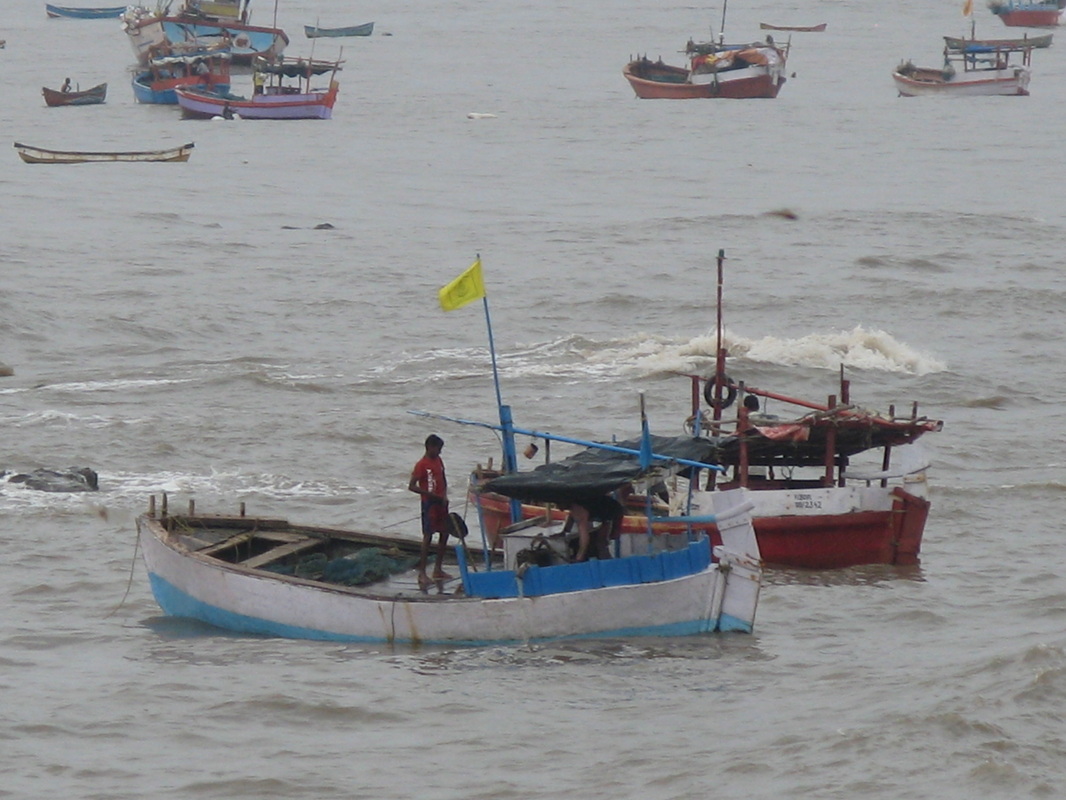 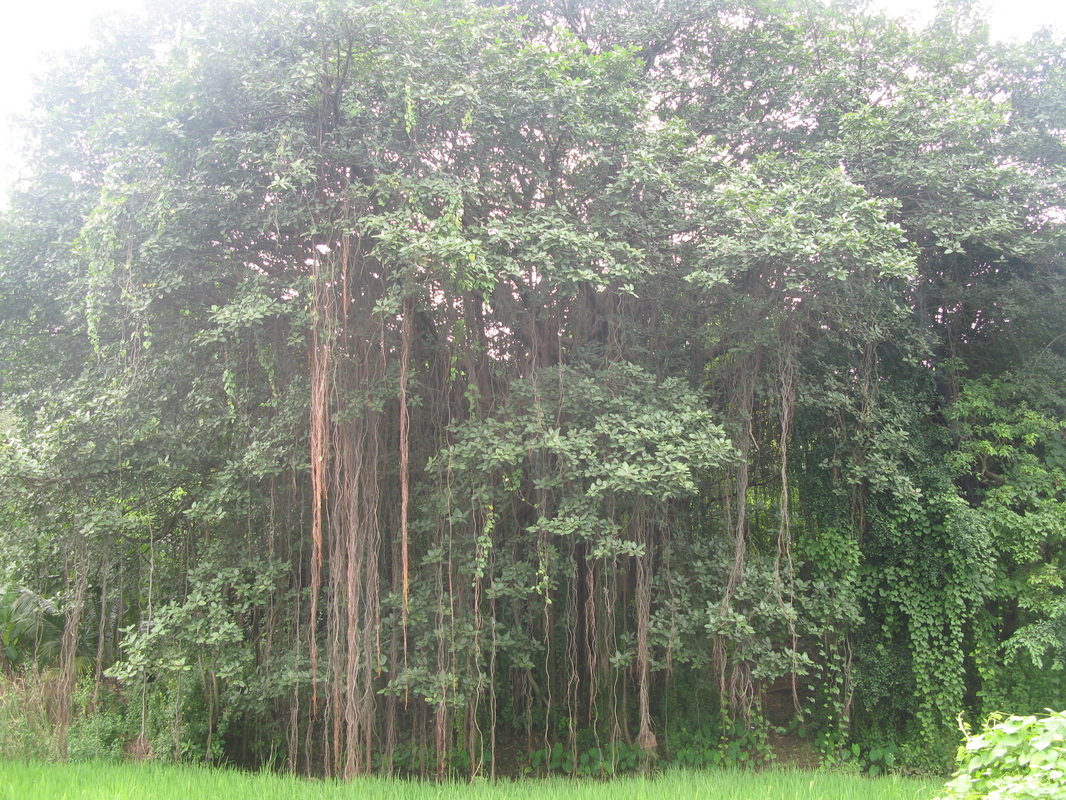 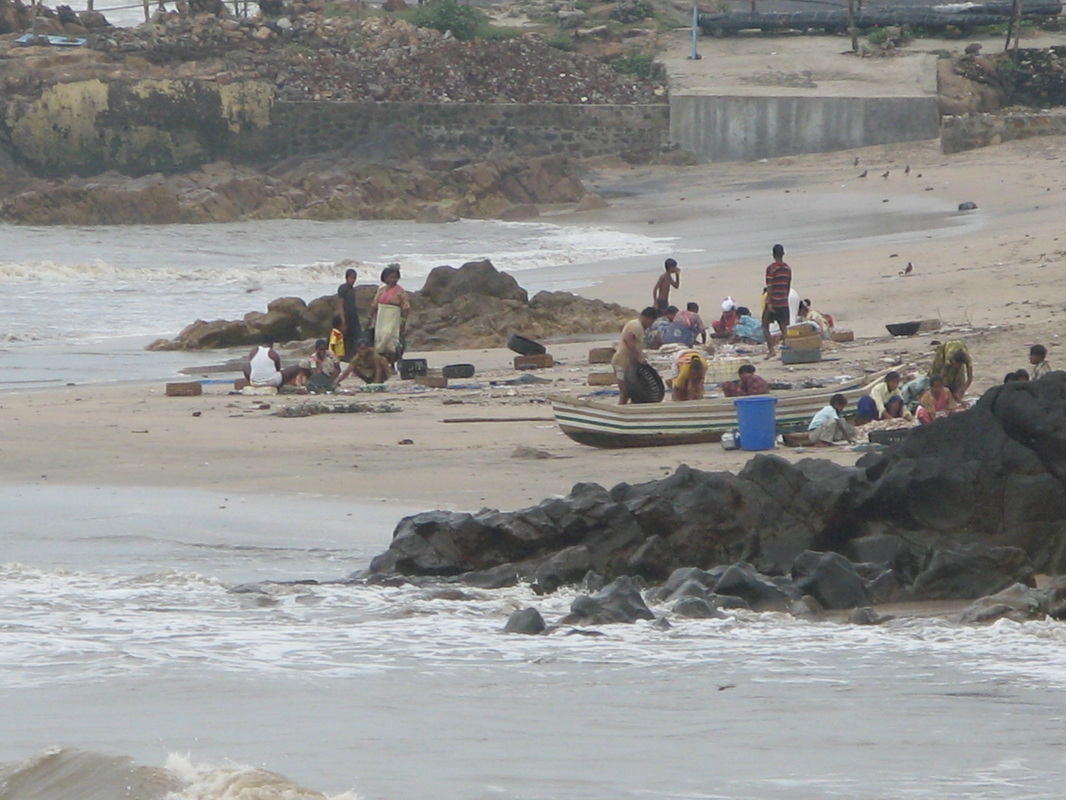 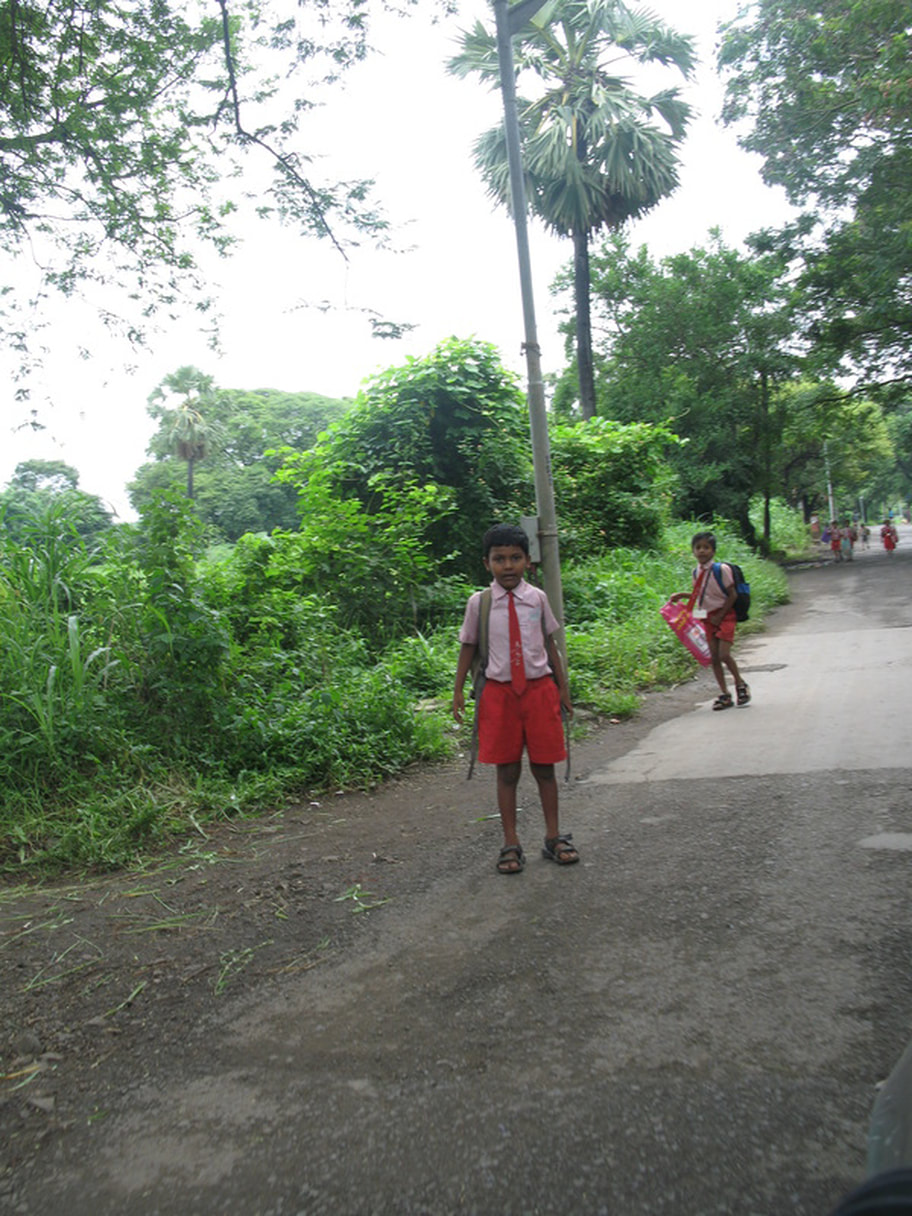 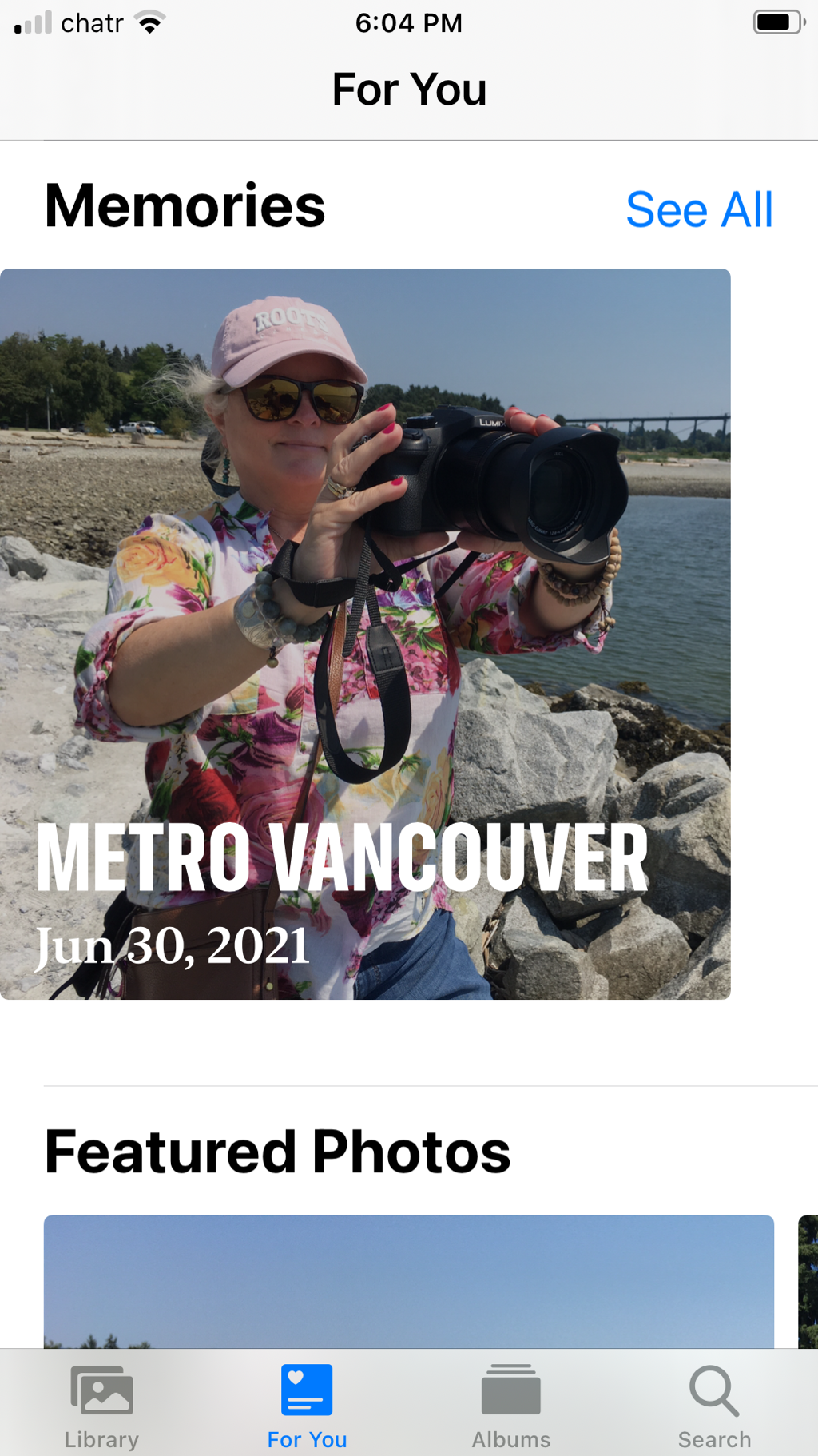